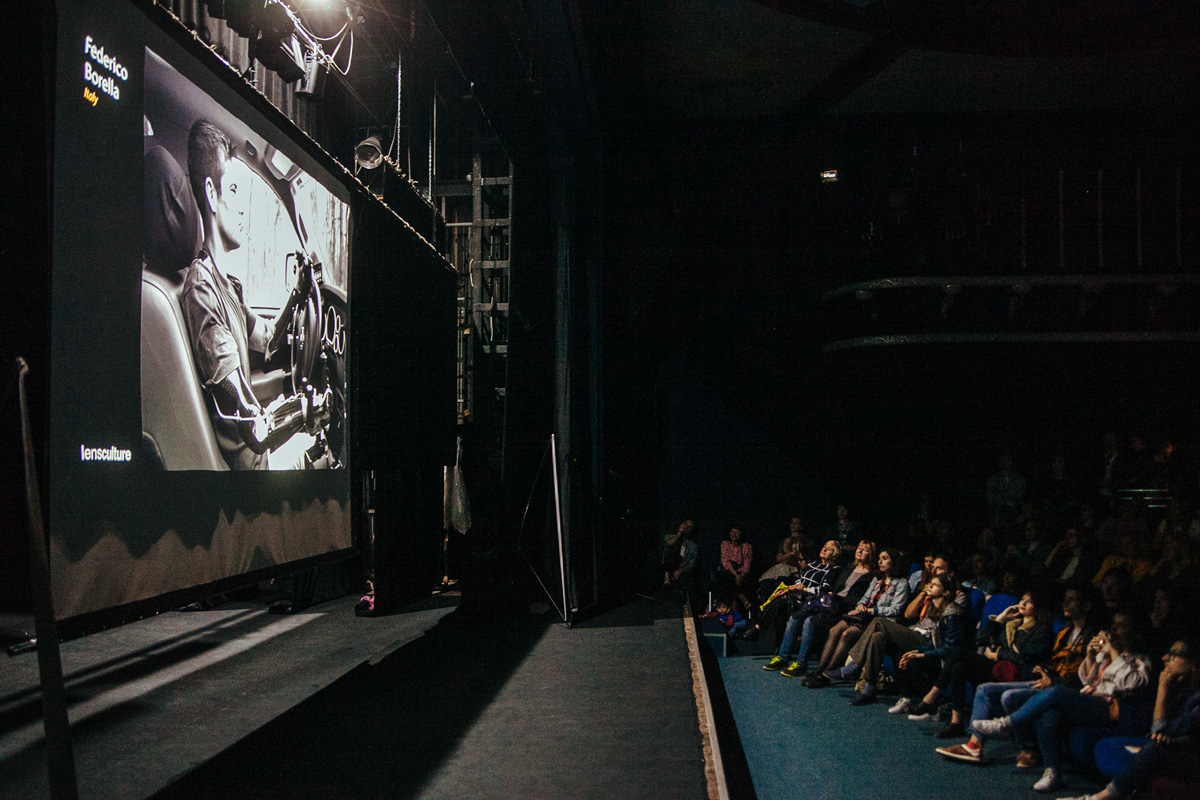 Evening photo screenings are an opportunity to travel around the world, to see different stories, to peek at life in far away cities and countries. Every evening it’s possible to see photography from different parts of the world on Odesa Photo Days: this year we will show you how and about what they are shooting in Greece, Egypt and Slovenia; photo selections from magazines PHROOM, RUM Magazine and LensCulture; special screenings from HeadOn Photo Awards (Australia) and Circulations (France). And also already traditional showing of the series of finalists of the contest for teens Future Photo Days.

The evenings promise to be rich, the entrance on showings is free, but the number of seats in the hall is limited.

“If Slovenia were” – Modern photography of Slovenia

The duration of the screening is 45 minutes.

Modern photograph of Greece from the Photometria Festival.

The duration of the screening is 55 minutes.

The duration of the screening is 40 minutes.

DESCRIPTION OF THE SCREENINGS

Only in the 1920s, with the burgeoning nationalist movement, did photography become more Egyptian due to the rise of Illustrated magazines, identification photographs, and commissioned portraits. II WW was a blossoming period for studio photography. Documentary and journalism was never developed here due to the political situation.

The events of 2011–13, also known as Arab Spring, further fueled photography in Egypt (as the old adage goes: “What is bad for people is good for photography: communism, war, smoking…”). Social engagement and the desire to act as witnesses of their time gave rise to a new generation of Egyptian photographers, who were supported by multiple photo initiatives.

The Circulation(s) festival is dedicated to the European photographic diversity and aims at discovering new talents. Since it has been created in 2011, Circulation(s) has exposed more than 382 artists, and gathered about 266 000 visitors. Both a springboard for young photographers and a laboratory of contemporary creativity, the festival occupies a specific place in the French and international photography, and attracts a constantly growing audience. It is now one of the inevitable photo events in Paris!

The Head On Foundation believes that all photo-artists need a fair chance to show their work. This is why work submitted to the festival is judged without the artists’ names or pedigrees so the proposals stand on their merit. Head On has earned a reputation of operating with integrity and providing all photo-artists invaluable opportunities to exhibit in Sydney and internationally.

Head On Foundation (est. 2008) is a non-profit organization dedicated to promoting the work of photographers at all stages of career, encouraging excellence and innovation, making photography accessible to all and raising awareness of important issues through photography. The main activities of the Foundation are Head On Photo Festival and Head On Awards (Portrait, Landscape, Mobile and Student photographic prizes) and collaborative projects.

For almost 10 years, LensCulture has become one of the most authoritative resources for contemporary photography. LensCulture International Exposure Awards, now in their fifth year, are granted yearly to discover, reward, and promote talented, new, emerging and established photographers and multimedia creators from around the world.

PHROOM is an international research platform for contemporary photography and video art. Through our visual research we select and present the best projects from all over the world.

We are researchers and PHROOM is our visual archive, the best source for visual thinking. We work to create an artistic place and a collection as a representation of the contemporary world. Media partners of the Odesa Photo Days Festival.

The project If Slovenia Were represents a photographic vision of the country and society through the eyes of 18 contemporary Slovenian photographers. It was launched by the award-winning French photographer of Slovenian origin, Klavdij Sluban, who selected the participating photographers in an open call. All of the series were developed between 2015 and 2018, visually interpreting subjects ranging from globalized suburbia, to expatriates who had emigrated to more developed countries, to personal representations of family life, and introspective series, dealing with artists’ private experiences in their immediate surroundings. All of the series were developed specifically for this project, or they include vintage material as part of the wider concept of the overall theme. Through distinct individual expressions, the artists articulate their own vision and interpretation of the country they live in.