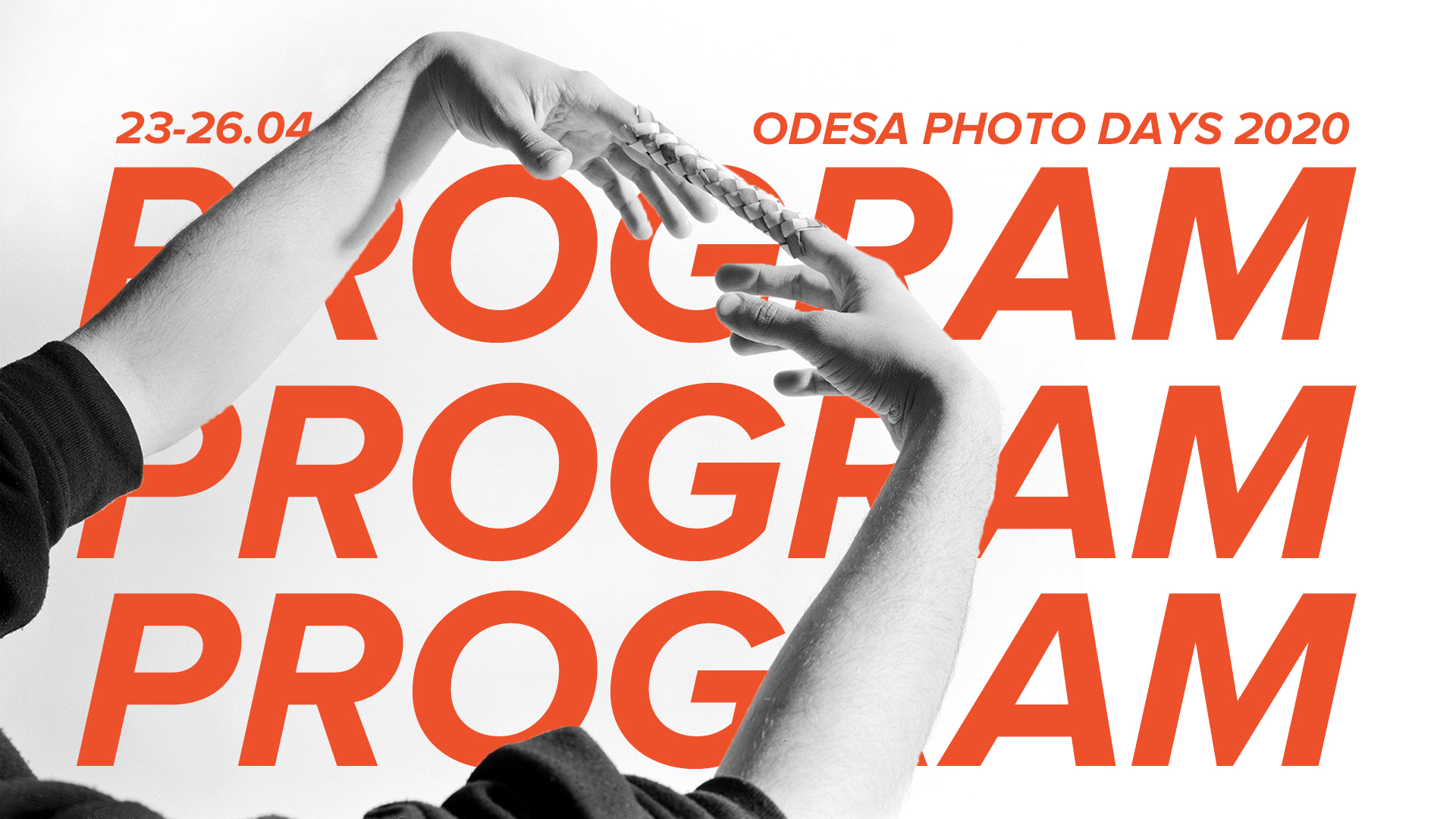 From 23 April to 26 April, Odesa Photo Days International Photo Festival will hold part of the educational program and some photo screenings online. The events will be broadcast in English on the festival’s Facebook page (Kyiv Time, EEST, GMT+3). European curators and photographers will share their vision of future of the photography in the new world during and after the pandemic.

“Future of the Photo Industry” by Tracy Marshall

In recent months, the structure of work with art events has been forced to completely change, photography festivals have been transformed into online events, and curators are developing new strategies for displaying virtual exhibitions. During the conversation, we will analyze these changes and transformations, whether they are permanent, temporary or they will lead to a new version for both post-quarantine and photo industry. Using international projects as an example, we will discuss how photography changes during a pandemic, and what consequences it can cause.

Tracy Marshall is an Arts Director & Producer specializing in the production of photography exhibitions, festivals, education projects and workshops. She is Director of Northern Narratives — the non-venue-based photography production company. Tracy is currently Festival Director of a new photography festival for Bristol in partnership with a number of key institutions in the south west of England.

This year we also decided to present some of the authors from the long list of «Who Is Next to You» international open call. The international jury was faced with a difficult choice, primarily related to the available physical space for the exhibition, and some series lost by literally one or two points before the final selection to the main exhibition of the festival. We consider it important to show 11 such projects in the evening photo screening.

“Documentary photography during the quarantine” by Manu Brabo

During a pandemic outbreak in Spain, Manu Brabo and his colleagues initiated a project on Instagram covidphotodiares, a visual diary of a pandemic in Spain. In an online lecture, Manu will talk about the peculiarities of working during a pandemic and social bans, about ways to develop documentary photography in new conditions.

Manu Brabo (Manuel Varela de Seijas Brabo, 1981) is a freelance photojournalist whose work is mainly focused on social conflicts around the world. Since 2007 he has been working on political upheavals, uprisings and wars in countries like Haiti, Honduras, Kosovo, Libya, Egypt, Syria or Ukraine among others.  During the last ten years Manu has contributed to several news agencies such as EPA, AFP or AP where he continues to collaborate so often, also in outlets like The Wall Street Journal or NGO’s as Doctors Without Borders or Medicus Mundi. His photostories have been published in the most important magazines & newspapers. Highlights of the awards he has been honored with include the 2013 Pulitzer prize for his work covering the Syrian civil war for The Associated Press, Picture of the YEar 2013, 15 and 16 ot the British Press Awards in 2015. He is cofounder of the cooperative MeMo base in Torino, Italy and his work is being exhibited all around the world, specially Europe and the US.

“The New Normal: 10 tips from post-photography for (post)pandemic times” by Doris Gassert and Marco De Mutiis

Online and screen-based forms of communication and networked image practices have become the norm these days, as the current pandemic has (the most privileged of) us stuck at home and glued to our screens. Artists and photographers have long been using the screen as an artistic space and exploring networked image practices – establishing a field that is sometimes referred to as post-photography. Drawing on Fotomuseum Winterthur’s post-photography program, this presentation will address some of the current changes within photographic culture and the expansion of photographic practices in reaction to digital media and networked technologies. It will further give an insight into Fotomuseum’s reflection on how to use the online space for creative production and critical thinking, long before the pandemic state has forced institutions to curate for an online audience.

Doris Gassert is Research Curator at Fotomuseum Winterthur, Switzerland. She holds a PhD in media studies from the University of Basel, where she teaches media aesthetics, with a focus on the epistemology of photography and the politics of representation.

Marco De Mutiis is Digital Curator at Fotomuseum Winterthur, Switzerland. He is currently part of the research project titled „Post-Photography” at Lucerne University of Applied Sciences and Arts and a PhD researcher at the Centre for the Study of the Networked Image at London South Bank University.

Together they co-curate the experimental format SITUATIONS and help develop Fotomuseum’s program and understanding of post-photography and the networked image.

Traditionally, the photo screenings program includes slideshows of the finalists of the All-Ukrainian Future Photo Days Contest. This year it will be 18 series shot by teenagers in different parts of Ukraine.

“So sweet Ukraine” is a visual story and reflection on social and landscape changes in nowadays Ukraine.

We decided to still have such a beloved Open Mic Presentations online. Only the venue changes, the rest of the format is the same: 10 authors, for 10 minutes, present their own photo projects in 10 slides and receive honest feedback from the audience. The registration is already closed! List of the participants will be published soon. See you online!

For cover image we used work from the series “On the Other Hand” by Emma Bäcklund.