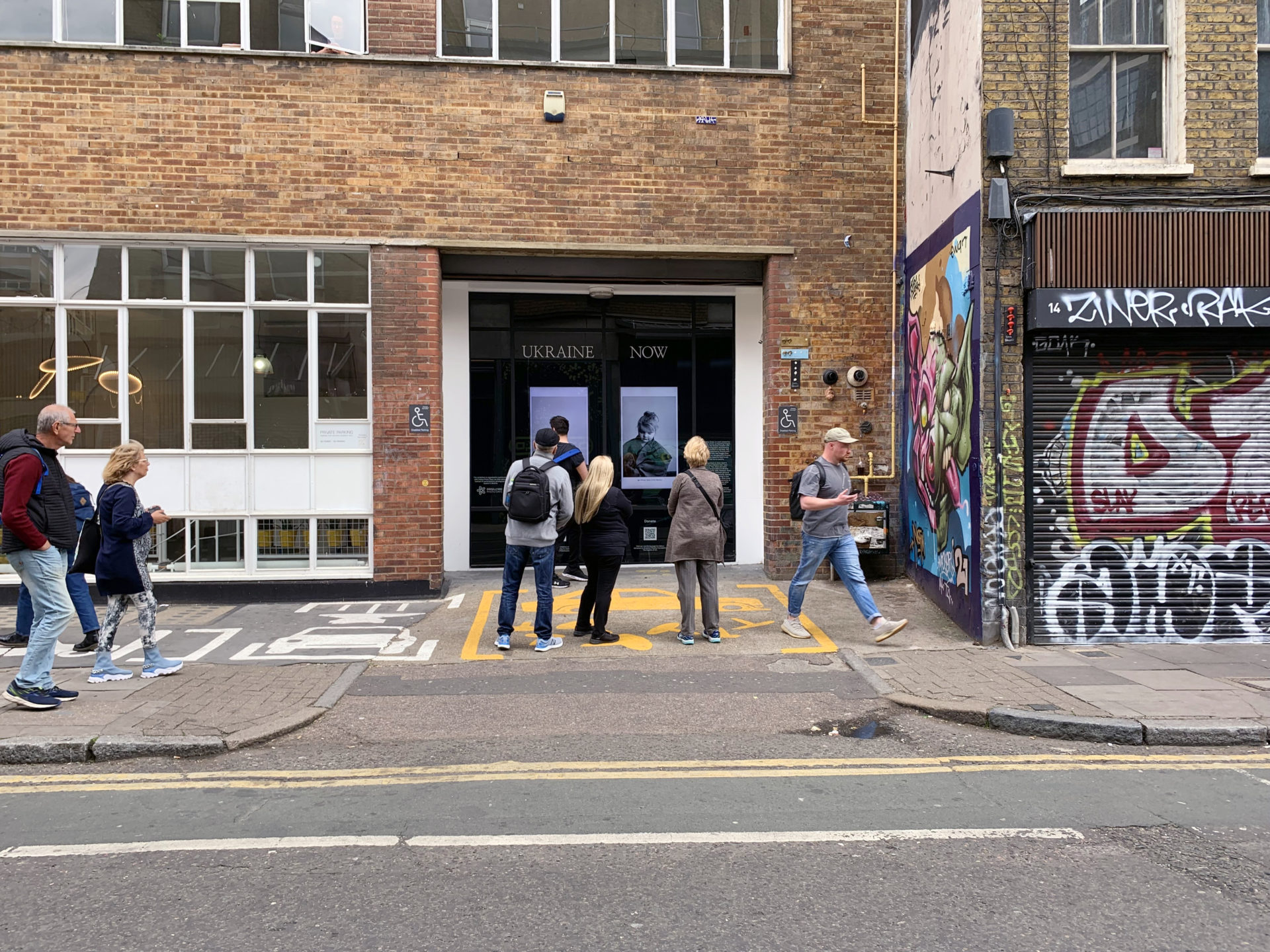 There have been three months, since Russia launched a full-scale invasion of Ukraine. Since 24 February, Odesa Photo Days have changed the focus: we cancelled the May festival, and have been working with Ukrainian photographers and international community to raise global awareness about what is happening in Ukraine and to support those affected by the war.

Over three months, or one very difficult February, the joint efforts of the Odesa Photo Days Festival and its international partners have brought to life 20 publications in print and online media, 22 exhibitions and 10 online talks and presentations. We have been cooperating on different terms with more than 40 Ukrainian photographers, whom our partners have supported with fees totalling 9,200 EUR.

Donations collected during charity sales and exhibitions were given to such organizations, as the Kharkiv with You Charitable Foundation, UA Animals, DOFA fund, Come Back Alive, a special NBU account in support of the Ukrainian army. We also sent money to the families of the killed photographers Maks Levin and Roman Solonynka, and to the wounded cameraman Oles Navrotsky.

The total audience of all events and publications is more than two million people in 19 countries.

20+ publications in online and print media, including: 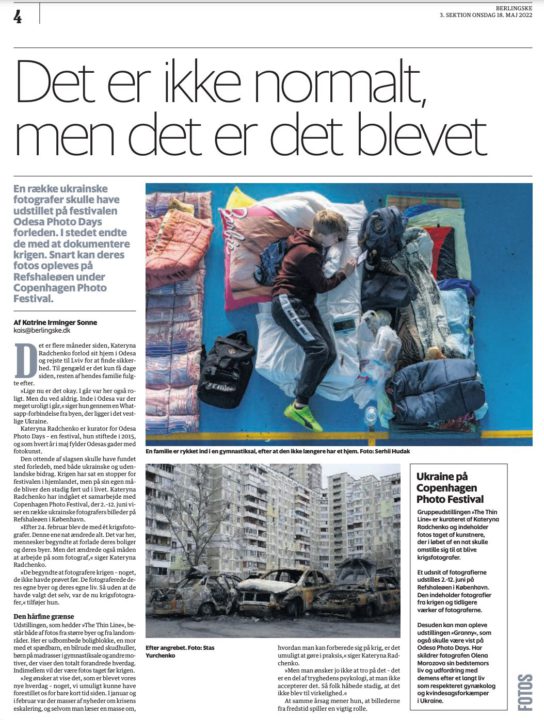 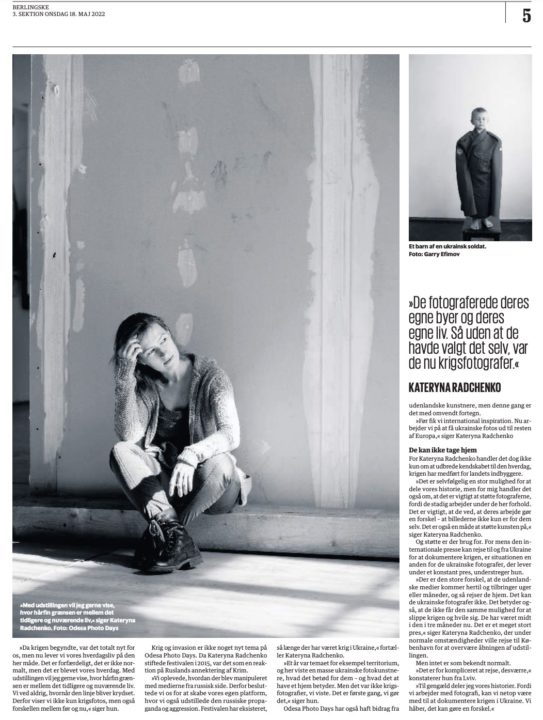 Interview with Kateryna Radchenko in the print issue of Berlingske, Denmark

In June-July 2022, we are planning to open 9 more exhibitions:

We are grateful to all partners for their strong support of Ukraine and sincere interest in Ukrainian photography. The struggle goes on, and we keep working. We thank all the photographers who continue working and provide us with their materials. If you would like to be involved as an artist or an organiser, please contact us via email: thephotodays@gmail.com. 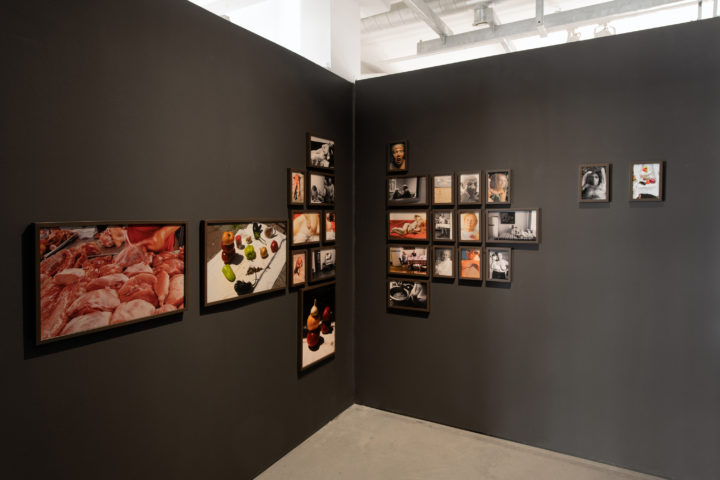 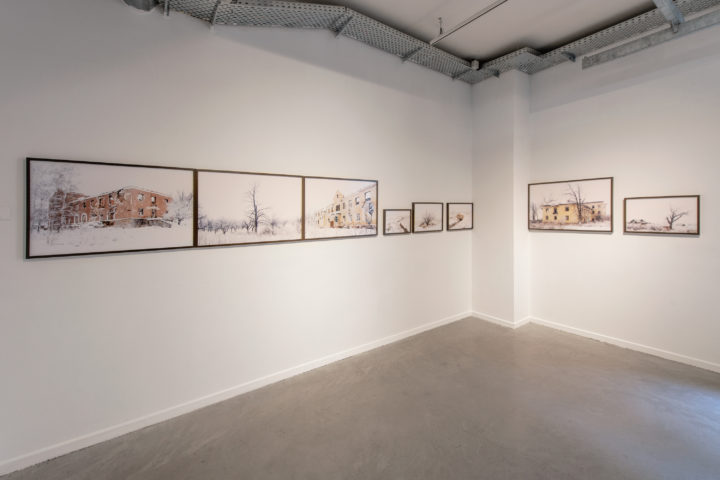