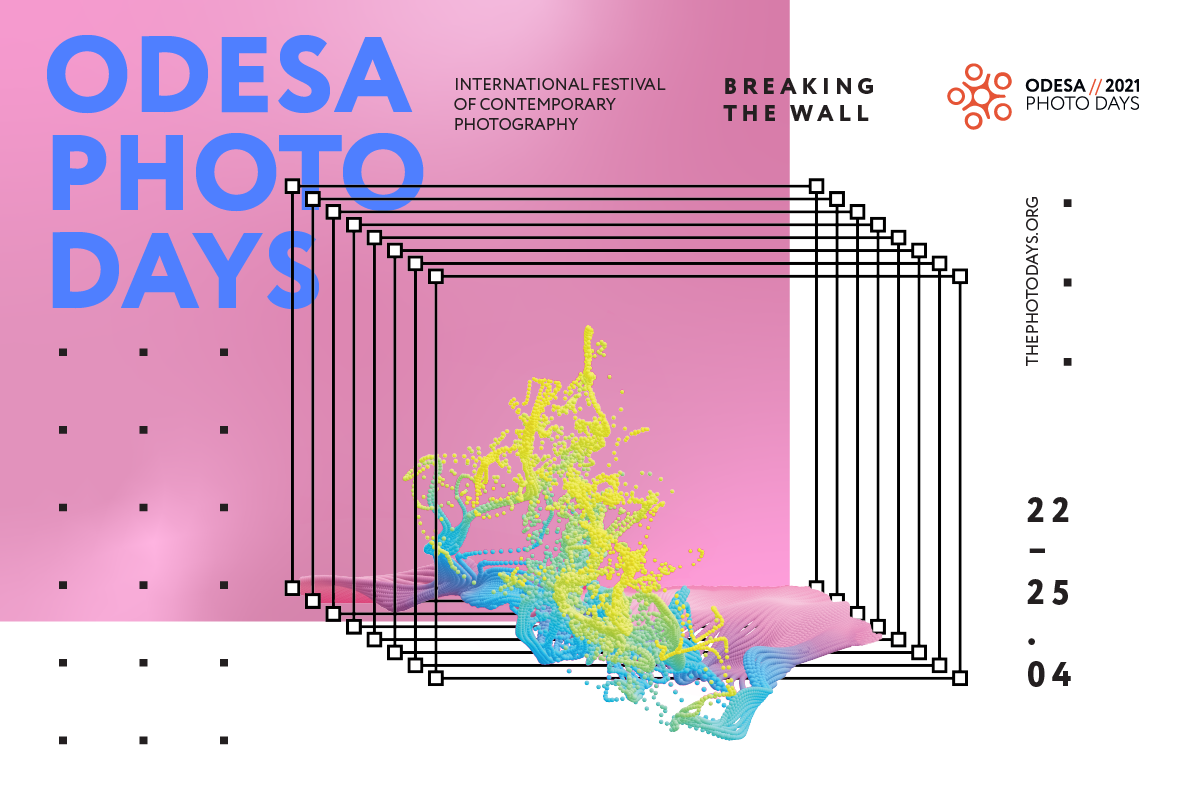 Odesa Photo Days, the only international festival of contemporary photography in Ukraine, will take place on April 22-25 in Odesa. After an emergency and successful transition to the online format in 2020, the event comes back offline with the theme “Breaking the Wall”.

The fourth wall in the theory of performative arts is an invisible border between a viewer, recipient and performance space. This line clearly separates an imaginary world from reality, truth from fantasy. In the late 19th and early 20th century, playwrights challenged the concept developing in the long run a popular method — ‘breaking the fourth wall’, where a character addresses the audience and thus accentuates illusion or, on the contrary, questions reality.

With the pandemic, a new type of ‘the fourth wall’ has separated us from each other: screens of various gadgets have made it difficult to experience human communication physically. What does this line divide now? We are both performers and audience. Endless online information flow makes us question reality. To what extent is a virtual world real? How deeply have we merged with our multiple digital identities? Will we be able to destroy this wall and resume physical communication and presence in the material social space?

Odesa Photo Days 2021 will take place offline. The festival will unveil new venues, integrate into the urban landscape and unobtrusively occupy public territories. Instead of creating new barriers, we will push boundaries and tell stories from other countries. We cannot avoid using screens or printed photos, but implemented in physical space, they will become a part of our everyday life, where a screen no longer separates people, but, on the contrary, unites them and helps develop a common future perspective.

This year’s visual style was developed by designer Olga Zarko.

The main exhibition “Who Is Next To You” will be exhibited at the Museum of Odesa Modern Art. Ten artists from seven countries, including three from Ukraine, will participate in it. The full list of participants and the international jury that selected them are published on the Odesa Photo Days website.

The 2021 program includes two exhibitions that were scheduled to open last year — an exhibition of the international research platform PH Room at the Municipal Museum of Private Collections named after Bleshchunov and a retrospective exhibition of Lithuanian photography at the Invogue Art Gallery. As part of the Odesa Photo Days Festival 2021, it is also planned to open three more exhibitions, including in the public space of the city.

During the evening photo screenings, in addition to curatorial selections from international partners, the results of two all-Ukrainian open calls will be presented — the fourth Ukrainian photo contest for teenagers Future Photo Days, as well as the first-time announced Female Ukrainian Photography.